Owning and operating a small business is usually a pretty tight little operation. You do and / or oversee every single detail. Few know that behind that impressive logo and website is a small but mighty operation fuelled as much by caffeine as cash.

That’s the benefit of small businesses. Low overhead fronted by an impressive facade.

Twitter has increasingly become a valuable tool for small businesses to extend their reach, profile and yes, facade in the marketplace or to be specific: their marketplace. And given that it recently overtook Facebook as the go-to social media network, it’s now the most important.

The point is that you can become a Twitter maven equal to the big companies by using your imagination, business knowledge and small-but-mighty charm to build an audience.

With that in mind, we’ve come up with… 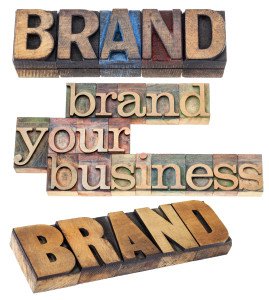 The quickest way to lose followers is to mistake Twitter for an advertising billboard. It’s not. If they’re following you, they’re interested in your product, certainly, and will likely greet info about your sales events with interest. But if you’re just a rotating sales drone, then you’ll lose their interest and their follows.

2 Create a voice for your tweets

Friendly, offhand and casual is easy to do in conversation, backed up by verbal tone, body language and gestures but pulling that off in written form is harder than it sounds. So work at it, slowly and very carefully. Don’t mistake casual or offhand for offensive. Sound obvious? Ask the many tweeters with pink slips in their hands, stunned that no-one understood that their comment was supposed to be sarcastic / ironic / funny.

Sure it creates a buzz moment of sorts, but only in a car crash way. Your brand is well known for a moment and after all and sundry have hung you in effigy, you’re a new case study in how not to tweet.

Twitter patterns are fascinating to watch. Most retweets take place late in the afternoon and picture / link views around the same time. The average person sends out about 20 tweets daily. You should aim for about six good tweets, one every few hours. If you want to time then, consider using an app like Tweetdeck, Hootsuite and such. It makes sure your tweets are on time but it also motivates you to fill up the schedule with your content in advance, ideally with some thought and consideration.

When you come across content of interest to your field, be it industry, business trends, social media trends, academic or entertainment, move it out to your followers. Remember: they need value for following you and if the info you put out under your brand is interesting, they will read, retweet and your audience will grow.

If someone responds to one of your tweets with an interesting comment, retweet that. It flatters them as they’re probably / possibly an advocate of your product or area of business, it creates community and reinforces your brand as a rallying point for interaction.

Bob Klanac
As the Associate Client Manager in charge of content creation at Short Circuit Media Bob Klanac takes raw content from notes or books and turns them into highly effective blogs – which in turn become our clients' monthly newsletters. He’s also profiled hundreds of musicians over his long career as a writer. Check out his blog! http://klanac.blogspot.ca/
Latest posts by Bob Klanac (see all)

As the Associate Client Manager in charge of content creation at Short Circuit Media Bob Klanac takes raw content from notes or books and turns them into highly effective blogs – which in turn become our clients' monthly newsletters. He’s also profiled hundreds of musicians over his long career as a writer. Check out his blog! http://klanac.blogspot.ca/

GET A FREE 15 MINUTE CONSULTATION

Let’s have a quick chat about your marketing goals and see how I can help.

Six Ways to Keep Your Sanity While Working Alone Businesses, Here are Your Rules for Reaching Out via Social Media
Scroll to top